The CoNZEBs team has completed the activity on the identification of potential technical solution sets that could reduce cost in the construction process for NZEBs. The scientific partners assessed the costs related to the construction and operation phase according to the specific conditions applying in the participant countries, i.e. Denmark, Germany, Italy and Slovenia.

Based on calculations of cost and energy performance of typical NZEBs, cost optimising solution sets were identified and analysed. Solution sets are combinations of energy efficient technologies that constitute a building that meets the national NZEB requirements. Solution sets have the potential of reducing the investment costs of NZEB projects, i.e. a combination of technologies that support/supplement each other in striving towards NZEB at less investment cost than standard NZEBs. This is achieved either by introduction of less costly solutions in general or by implementing combinations of cost and performance reductions in combination with other cost and performance improvements. Some of the main findings regarding solutions sets are:

Additionally, those technologies that are not normally used in buildings, that meet the minimum energy performance requirements, are described, if used in any of the solution sets.

The full report is available here. 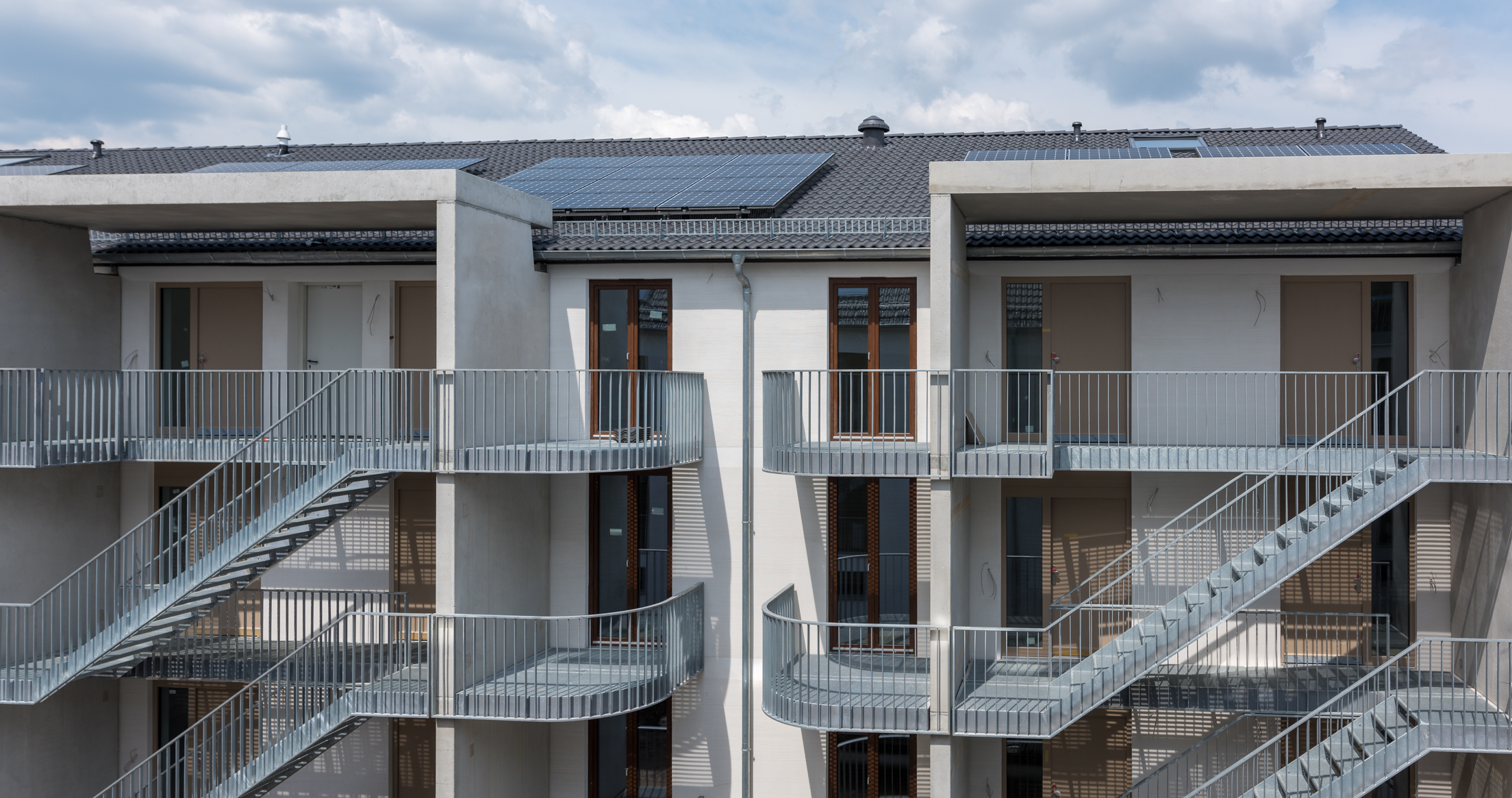 With more than 51,000 residential units, the ABG FRANKFURT HOLDING offers living space for nearly one quarter of Frankfurt’s residents and additionally 30,000 flats for rent. ABG is committed to modern and energy-efficient equipment of the apartments. Additionally ABG is developing and managing building projects with private partners with its affiliated companies. The ABG has the "know-how" to accompany the whole life cycle of a property - starting with the development and project management over to planning and construction management to the operation and subsequent refurbishments. ABG has built nearly 3.000 dwellings fulfilling the passivhouse-standard. In the year 2015 ABG has realized the “Aktiv-Stadthaus” in Frankfurt, one of the biggest energy plus multifamily-buildings with 74 dwellings.

As a partner in the EU CoNZEBs project ABG FRANKFURT HOLDING has now developed in cooperation with architects schneider+schumacher (Frankfurt/Main) an NZEB solution that is cost-efficient as well as energy-efficient. The name of the concept is “Frankfurter Klimaschutzhaus”. During planning and construction, all options were carefully considered in order to save energy and costs. The first “Frankfurter Klimaschutzhaus” will be finished in 2018 in Frankfurt-Oberrad. The demonstration object consists of 46 dwellings. It meets the NZEB energy standard and thus leads to low additional costs for the tenants. Following aspects were implemented: 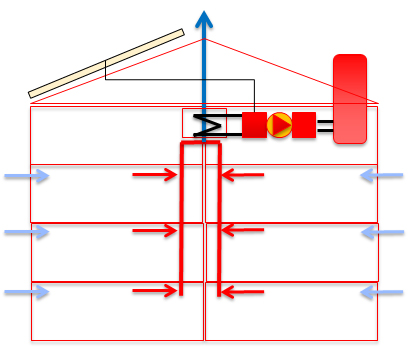 On May 15th, 2018, a sitetour to the ABG FRANKFURT HOLDING demonstration object "Frankfurter Klimaschutzhaus" and also “CoNZEBs solution set” was held for the public. The interest was very high. Approximately 80 people (politicians, professors, students, architects, planners, housing companies and others) took part. Mr Frank Junker, CEO of ABG FRANKFURT HOLDING, introduced the building to the public, the press and radio-stations at the beginning.

The object was explained at three stations. In the yard, Mr Elmar Lorey, schneider+schumacher, explained general information about the architecture, the model apartment was presented by Mrs Julia Bergmann, schneider+schumacher, and the energy concept were explained by Mr. Herbert Kratzel, ABG FRANKFURT HOLDING. Mr Junker also announced that a repetition was already in the planning stage. 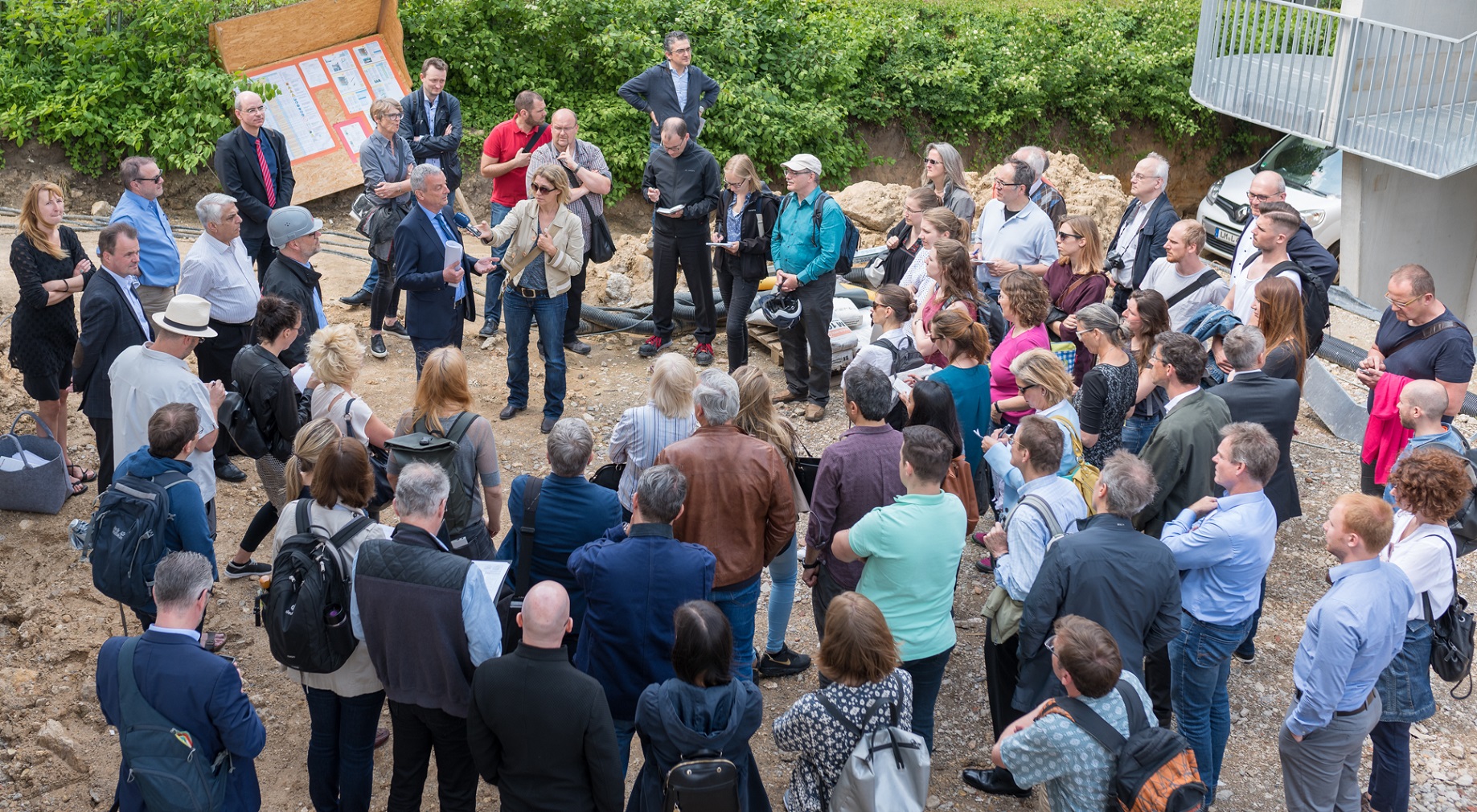 Which technology combinations can reduce the costs of NZEBs?

CoNZEBs will use the basic characteristics of NZEBs to first identify technologies that can be made more cost-efficient if applied to NZEBs. Secondly, these technologies will be combined into cost-efficient solution sets or concepts for NZEBs. The solution sets will be evaluated concerning energy efficiency, applicability in multi-family houses, investment and energy costs, possible risks and predicted maintenance costs. Information will be extracted from literature, product information, built example buildings, IEA Task 40/WG3 findings, national experiences with high performance buildings and ASCOT calculations.

The results will be documented in a public report “Collection of solution sets for cost-effective NZEBs”.